We ate some of the best food of our holiday in this hipster laden city, amongst heavily bearded men and copious amounts of flannel. From humble food carts and market stalls to fully-fledged restaurants, it was hard to find a bad meal in Portland, Oregon. I still wax nostalgic about Pok Pok’s famous wings to uninterested dinner companions at home. So I thought I’d do a write-up on the best food I ate in Portland, or rather, a guide on where to eat in Portland.

I’m already salivating at the thought of Pok Pok’s Vietnamese fish sauce wings. One of Pok Pok’s signature dishes, they’re often touted as one of the best chicken wings on offer in Portland. Caramelised in fish sauce, sugar and garlic, they have a unique sweet and tangy flavour. It comes well paired with sour pickled vegetables.

We were seated next to a single customer at the bar who was absolutely devouring his set of Vietnamese fish sauce wings. We had a “I’ll have what she’s having” ala When Harry Met Sally moment and didn’t hesitate in placing an order for the wings ourselves. And dang, they certainly didn’t disappoint. We made it a meal alongside papaya salad and glutinous rice.

One of the most trusted measures of authenticity of an Asian restaurant, is by the number of Asian patrons. The gold standard would be by the amount of elderly Asians who remind me of my grandpa populating the restaurant, as they wouldn’t be relying on Yelp or social media to fuel their food scavenger hunt. My boyfriend is Thai and we saw and overheard a decent amount of Thai families eating at Pok Pok. Definitely legit. Great stuff from an American chef who birthed the Pok Pok empire from his passion of Thai food.

Pok Pok is one of the most popular restaurants in Portland, so line-ups and waits are a frequent occurrence. Especially at their original restaurant on Division Street. We ventured to Pok Pok at around 2pm in the afternoon, and were only offered a place at the bar on arrival if we didn’t want to wait.

Just down the road from the Pok Pok we visited on Division Street is a branch of Salt and Straw. Salt and Straw is a popular Portland originated ice cream company which has since expanded with shop fronts along the West Coast. Known for their unique flavours like olive oil and strawberry honey balsamic with black pepper, Salt and Straw has gained a cult-like following.

There was a line snaking out the door when we visited on a cool Friday afternoon in October. We settled for a generous scoop of sea salt with caramel ribbons which was the perfect combination of sweet and salty.

As far as I know, snickerdoodles are only an American thing. Much like Halloween, it’s not something that Australia has fully embraced, unless you visit an artisanal fancy-pants grocery store of cafe. Our ice cream scooper wouldn’t let us go without getting us to try their cinnamon snickerdoodle ice cream flavour. She recognised our Aussie accent and knew that it wasn’t a well-known flavour profile down under. Whelp, now I only have the joy of saying the world snickerdoodle without having much access to the fun sugary, cinnamon flavour at home.

We actually sampled a few different flavours at Salt and Straw and they were all delicious. My boyfriend and I always tackle life’s important issues in our discussions. Like, how many samples is it socially acceptable to try before choosing a flavour? I’d say 2 – 3, whereas he’s more bold… What do you reckon?

The best donut place is a real point of contention in Portland, and I can see Portlandians looking at my inclusion of Voodoo Doughnuts disparagingly. Not looking to get into a knife fight here, guys. Although arguably the most popular donut shop in Portland, locals will usually point you towards a different place to source delicious donuts. I’m sure some of the gripe has something to do with how over-touristed the place has become. Voodoo Doughnuts lines are famously long, with waits up to one hour long.

Thankfully the line at Voodoo Doughnuts was only about 10 minutes on the day we visited. After some tough deliberation, we decided to try The Homer (yes, that kind of Homer donut!) and the Portland Cream. Both are raised yeast style donuts. They were very light, fluffy and of course fresh from the inordinately high turnover in the place.

Other popular donut shops in Portland include Blue Star Donuts and Pip’s Original Donuts. We tried Blue Star Donuts while in Portland as well since they were just around the corner from our hotel. While their brioche version of donuts are yummy, I didn’t like how dense they are or the price hike compared to Voodoo’s (about $3 – 4 USD a pop compared to $1 – 2 USD at Voodoo Doughnuts).

We all love a good underdog story, and Nong’s represents one of the American dream. She came to Portland from Thailand with $70 in her back pocket and her hopes and dreams packaged in her suitcases. After starting out by working in a few different restaurants dotted around town, she opened up Nong’s Khao Man Gai after gaining enough experience and confidence in the American food industry. Initially a food cart, the popularity of her business exploded and she eventually transformed Nong’s Khao Man Gai into fully-fledged brick-and-mortar restaurants. I think her hustle resonates with a lot of first generation Asian Americans and Australians, with my boyfriend himself spending most of his childhood at the back of his dad’s Thai restaurant.

Khao Man Gai if you aren’t already familiar is the Thai version of chicken rice. It’s well-loved comfort food, and actually one of my boyfriend’s favourite foods to eat. Nong has honed in on perfecting this one dish. Her restaurants sell not much more than this, like a street food stall in Bangkok. Each element on the plate (ooh, how Masterchef-y do I sound right now?) serves a purpose. My Thai boyfriend is a pretty harsh critic of Thai food when we go out to eat it, and he absolutely devoured Nong’s Khao Man Gai. The portion sizes are quite small, but you can hardly complain for $11 USD per serve and options to upgrade for more money.

I’d heard of food trucks but not food carts before landing in Portland. The terminology is surprisingly important as there’s one big difference. Food trucks are mobile whereas food carts are not. Furthermore to the terminology, foot cart pods are a collection of food carts together.

I love food carts and food trucks so much because they’re the equivalent of street food in the Western world. Cheap meals and snacks can be had for under $10 USD, and diverse cuisines set up shop in a single, walkable pod.

The Alder Street Food Cart Pod downtown is one of the most popular food cart pods, but it’s unfortunately shutting down soon to make way for a new hotel. We stopped by this pod a handful of times on our trip, whether it be for a late-night kebab after a Trailblazers game or a quick, late breakfast. I particularly enjoyed the Bing Mi food cart. Selling authentic savoury Chinese crepes, there was nothing quite as satisfying as biting into the jian bing and munching on the egg and crispy wonton skins placed inside.

If you aren’t already aware, Australians are snobby about their coffee. Melbourne is highly touted as having one of the best coffee cultures in the world, after all. With an abundance of good coffee regularly in reach at home, the difference can be stark travelling overseas.

The US is known for many great things, like the glitz and glamour of Hollywood and the bustling, multicultural hotpot that is New York City. Good coffee, unfortunately, is not one of these things. When I think of US coffee, Starbucks and weak drip-style filter coffee at 24 hour American diners comes to mind. And no offence to Starbucks, but its entrance into the Australian market completely failed. Again, we’re snobby.

Stumptown Coffee is a popular Portland coffee roaster. It has expanded into several other US states since its inception. To be honest, tea is my usual hot beverage of choice. However, my snobby Australian tastebuds can still differentiate between good and bad coffee. Stumptown definitely makes the cut. It actually reminds me of Aussie coffee, which is of course a compliment of the highest order! I know coffee isn’t food, but Stumptown is iconic of Portland so had to be included on this list.

I was pleased to stumble upon Pine State Biscuits at the Saturday Farmer’s Market in Portland as it was on my list of places to try. Classically a Southern delicacy, savoury biscuits are another American identity that hasn’t really made its way down under yet. In Australia, biscuits (or “bikkie” if you want to go full Aussie) refer to a sweet cookie you eat with a cup of hot tea.

I would compare American biscuits to a less sweet version of scones. Pine State pimps their buttery biscuits with a variety of different fillings. We opted for “The Reggie” which contains fried chicken, bacon and cheese topped with gravy. It’s admittedly not the prettiest dish. When we were handed our order it looked like a big glob in the yellow-brown colour scheme. It was sinfully delicious, as most globs majoring in the yellow-brown colour scheme are. For some strange reason, the taste of “The Reggie” reminded me of a meat pie, one of the most iconic Australian foods. Probably because we paired it with tomato sauce, as you would a meat pie.

The Roxy fulfilled our wish for an American diner experience. Open 24 hours, we visited The Roxy for supper as we were staying in a hotel a couple of steps away. In a convenient downtown Portland location, it’s one of the few places open for a feed on a late night.

The Roxy serves classic American diner food. You’ll find the usuals like eggs any way you like, burgers and pancakes. I remember asking our server WTF grits are as they also appeared on the extensive menu. Grits didn’t sound too appetising based on our server’s description, but we saw someone chowing down on them here. The menu packs a punch of personality with food items such as a “Steve Buscemi Breakfast” on offer. If you know how corned beef hash with two eggs, hash browns and toast make a Steve Buscemi breakfast, let me know! The Roxy doesn’t reinvent the wheel when it comes to diner food, but it’s delicious and very affordable. It hit the spot when we had some late night cravings.

Have you visited the weird and wonderful city of Portland? What is your favourite place to eat here?

I hope you enjoyed my guide on where to eat in Portland, Oregon. Don’t forget to pin this post if you found it helpful! 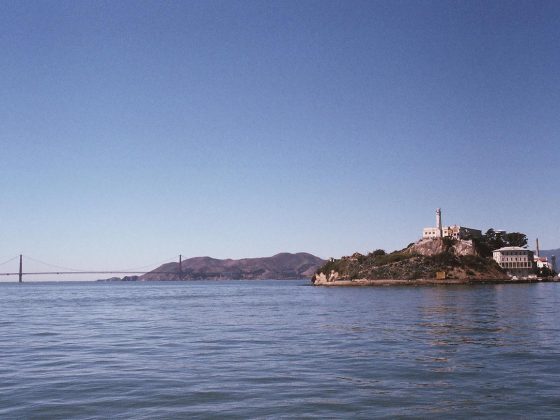 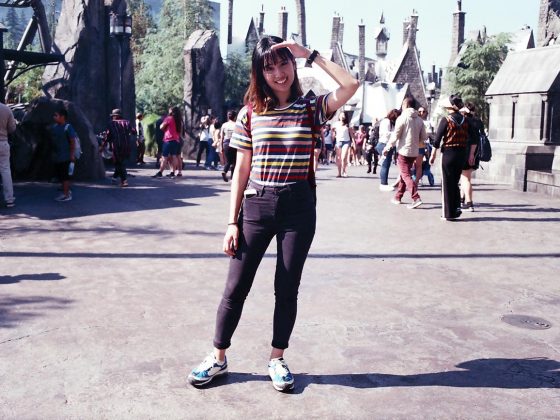 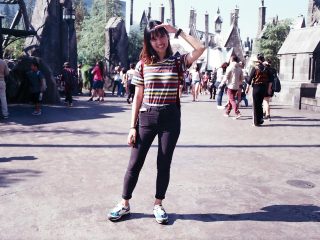 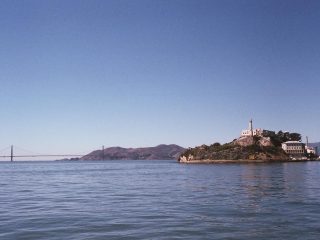 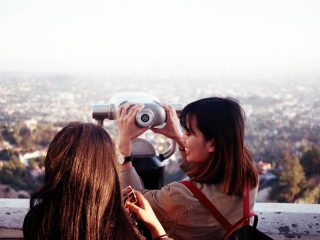 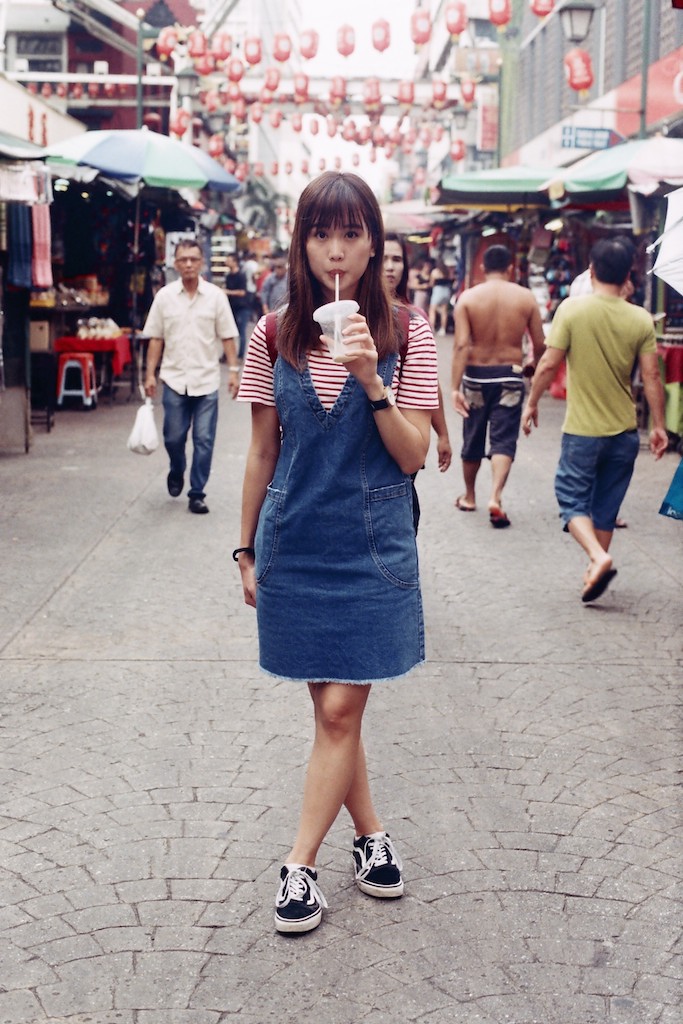 Welcome to The Travel Byte! My name is Michelle, a 26 year old doctor from Western Australia. I'm a Virgo and a type A personality, which is the perfect combination when it comes to researching and planning holidays away. The Travel Byte focuses on budget and mid-range travel tips, guides and inspiration. My lovely boyfriend Kavin (the recipient of my googly eyes) takes the majority of the photos you see here on this blog. You can read more about me here.